What is the role of a Telos Validator

What is a Telos validator node

API nodes provide network services to client applications. They usually have account transaction histories accessible though API calls, but can vary in the amount of available history.

History-API nodes are API nodes with a complete transaction history of all accounts.

NOTE: If you are new to EOSIO, it is recommended that you install the EOSIO Prebuilt Binaries. If you are an advanced developer, a block producer, or no binaries are available for your platform, you may need to Build EOSIO from source depending on your OS.

NOTE: The step-1 is not needed, if the repository is already cloned. Directly, start from step-2.

This section describes how to set up a producing node within the EOSIO network. A producing node, as its name implies, is a node that is configured to produce blocks in an EOSIO based blockchain. This functionality if provided through the producer_plugin as well as other Nodeos Plugins.

Please follow the steps below to set up a producing node:

2. Create your bp.json for your Telos validator

This will be used by voting portals and websites to identify validators. The bp.json contains location info for your Block Validator, nodes, and also contains other identifiable information such as your Block Producer public key.

NOTE: separate key pair used only for signing blocks and can not perform any other operation.

If you currently have your active key listed in your config.ini for signing blocks — you need to stop it and replace it with a separate Signature key

Set the validator_name option in config.ini to your account, as follows:

You will need to set the separate private key for your validator. The public key should have an authority for the validator account defined above.

signature-provider is defined with a 3-field tuple:

In your config.ini, confirm the following plugins are loading or append them if necessary.

B. Non-Producing or Standby mode

This section describes how to set up a non-producing validator node within the Telos network. A non-producing validator node is a node that is not configured to produce blocks, instead it is connected and synchronized with other peers from an EOSIO based blockchain, exposing one or more services publicly or privately by enabling one or more Nodeos Plugins, except the producer_plugin.

Please follow the steps below to set up a non-producing node:

You need to set some peers in your config ini, for example:

Or you can include the peer in as a boot flag when running nodeos, as follows:

2. Enable one or more available plugins

Each available plugin is listed and detailed in the Nodeos Plugins section. When nodeos starts, it will expose the functionality provided by the enabled plugins it was started with. For example, if you start nodeos with state_history_plugin enabled, you will have a non-producing node that offers full blockchain history. If you start nodeos with http_plugin enabled, you will have a non-producing node which exposes the Telos RPC API. Therefore, you can extend the basic functionality provided by a non-producing node by enabling any number of existing plugins on top of it. Another aspect to consider is that some plugins have dependencies to other plugins. Therefore, you need to satisfy all dependencies for a plugin in order to enable it.

Q. How does a Validator create a new account on Telos Blockchain?

A. There are 2 ways to create an account on Telos Blockchain:

a. Using Card payment b. Create for FREE​

Q. What is the difference between Telos Mainnet and Testnet?

A. The differences are as follows:

a. The mainnet of a blockchain launches when the protocol is fully developed and is the network where the project's functionalities, such as transactions with the native tokens, are carried out. Here is where transactions are being broadcasted, verified, and recorded on a distributed ledger technology. Whereas the testnet is a safe, separate network where developers carry out tests in the code without risking the main blockchain. The Telos Testnets are a sandbox for testing newly implemented features, finding bugs within the network and developing DApps. a. Testnet is for testing code updates, other functionalities, bug identification, new projects and program development, among many other uses. b. People associate a testnet with the initial developing of a blockchain where all the codes run, and we test everything before the final deployment of the protocol to the mainnet. c. the Telos testnets have one prominent advantage over the other testnets: it is a duplicate of the mainnet so it includes all its smart contracts and functionalities in the testnets. Because of this, developers and BPs obtain complete, accurate results when they run their tests, while reducing the work they have to do before running them. e. Testnet is designed to be as close to the code/features of the Telos Mainnet, with exception to any new innovations being tested in preparation for deployment on Mainnet.

Q. When a new upgrade or anything different will be tested before launch, what test strategies the Telos Validators follow?

A. Telos Validators follow a 4-tier test strategy, as it allows “to properly test/vet things at each respective level, and as it progresses through the tiers, additional testing/testers stress-test the system until its final deployment to the Telos Mainnet.” The stages are: 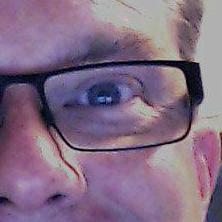