Telos is a next-generation Delegated Proof of Stake (DPOS) Layer-1 blockchain network. It features unsurpassed compatibility for developers and provides an extensive suite of tools and onboarding support to develop and deploy smart contracts on the world's fastest, most scalable, and affordable Telos EVM. The network is backed by robust governance features and a vibrant community of passionate contributors and users excited about the future of Web3. 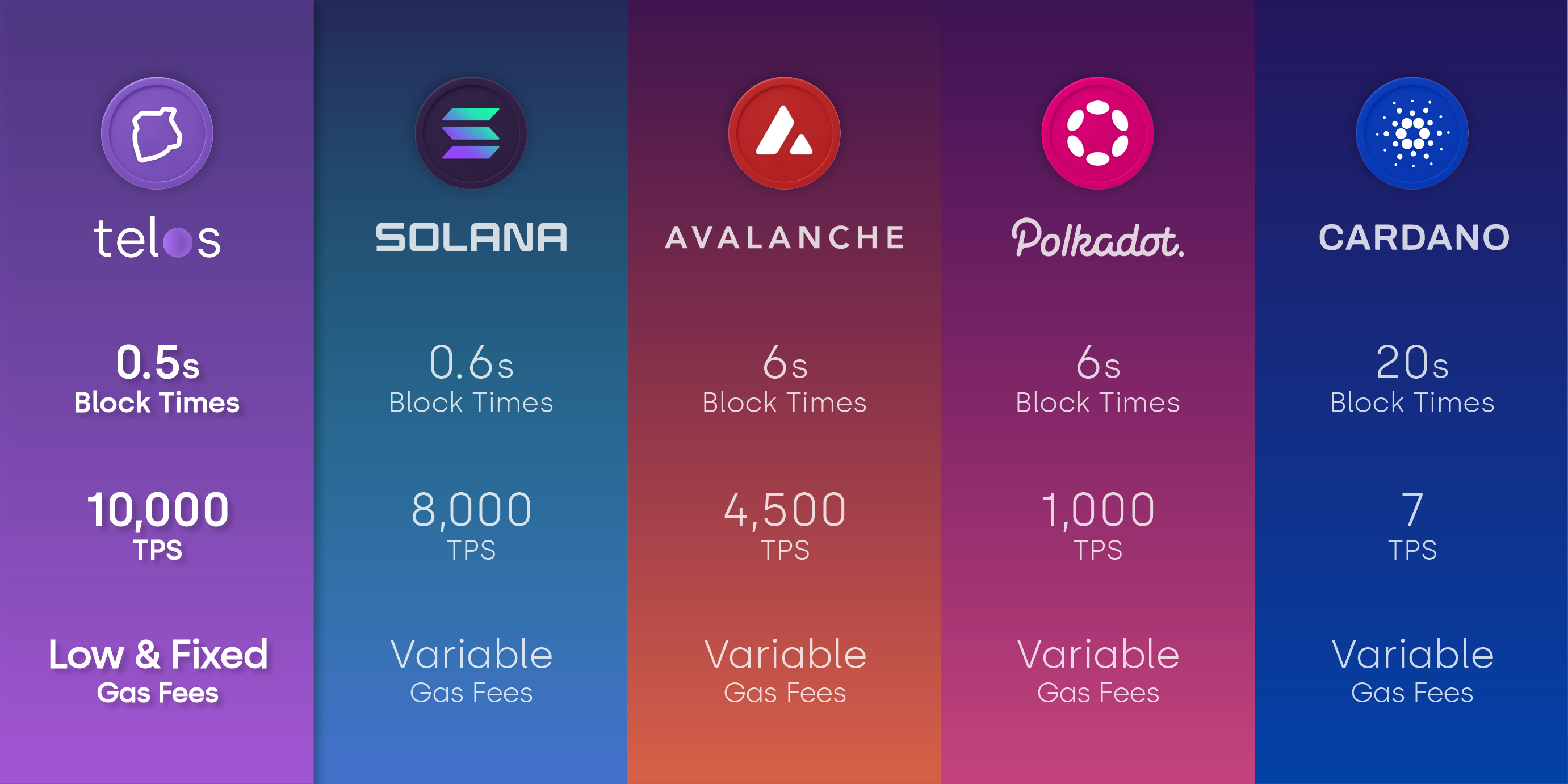 The Telos Network is a real-world-ready blockchain. Through years of challenges, innovation, and web3 firsts, Telos has grown into a network capable of supporting the extreme demands of the decentralized world of tomorrow. Launched in 2018 without an ICO and through a fair token distribution, the lead development team initially utilized the Antelope.io source code and debuted a specialized version with additional layers of governance, tooling, and node configuration requirements. Through the years, the development team has continued to innovate based on the needs of builders and, in late 2021, launched the first bespoke/ground-up Ethereum Virtual Machine (tEVM), which runs using a smart contract on the native chain's quick finality and node infrastructure. The launch of the tEVM has given builders and users two networks, native supporting C++-based applications and the tEVM allowing for complete compatibility from any traditional EVM/solidity-based applications. Telos continues to push beyond the boundaries of what web3.0 networks can achieve, and builders can look forward to additional performance and language capabilities as the Telos Network continues on its sharp growth trajectory.

Antelope is the open-source software platform that Telos is built upon. Antelope is the backbone of Telos as it provides functionalities such as consensus, accounts, authentication, state storage, P2P communication, and the very powerful WASM runtime. Telos has established itself as a high-powered open source Antelope chain and was the first to build an EVM on top of the EOSIO base layer. WebAssembly provides a universal compile target that enables applications to be developed in any language. Currently, there are compilers for C, C++, RUST, and Typescript, catering to the needs of a diverse range of developers building smart contracts on the native layer of Telos.

TLOS is the native currency of Telos. The native Telos coin is vital for network governance and allocation of system resources, such as staking for annual returns in Resource Exchange (REX). TLOS is utilized to unlock network bandwidth to execute and interact with contracts, send tokens, and stake for network resources. TLOS is also used as the voting currency in on-chain governance. The total supply of TLOS is 355.2 million coins.

The Telos blockchain is a highly inclusive network. It comprises contributors such as node operators, builders, and users responsible for on-chain governance decisions with TLOS. To ensure transparent governance and decentralization, Telos created the Telos Decide Governance Engine, a system designed to support on-chain voting with TLOS and any user-created tokens. Via Telos Decide, the token holders contribute to decisions around upgrading the Telos native and EVM protocol, voting on Block Producers, proposals, amendments, and elections.

Telos provides cutting-edge solutions to address the drawbacks developers and users face with other Layer 1 blockchains, such as lagging performance (high latency times & network congestion), limited scalability, and energy consumption. The Telos EVM also implements a fixed gas fee on all transactions, rendering it impossible for whales or any other user to front run their transaction in a mempool.

Bridge from Native to EVM with our web wallet to use the EVM DApps.

Telos uses an asynchronous Byzantine Fault Tolerance consensus mechanism at the core layer of block confirmation that processes transactions asynchronously and continues to operate if some of the network nodes fail or act maliciously.

The DPoS consensus decides its block producers according to the votes of the entire community of TLOS holders, which allows the network to achieve high scalability in block production.

DPoS can be explained in terms of two phases:

Telos block producer voting is "inversely weighted," meaning a user will have their voting power reduced for voting less. It also prevents Block Producers from voting for themselves.

Documentation Purpose: The Telos docs provide a list of comprehensive guides for building on Telos dedicated to web2 and web3 developers. If you have any suggestions, please visit our EVM or Native development channels. To contribute, please visit our documentation repository and do a Pull Request in an area where you can apply specific information/knowledge.